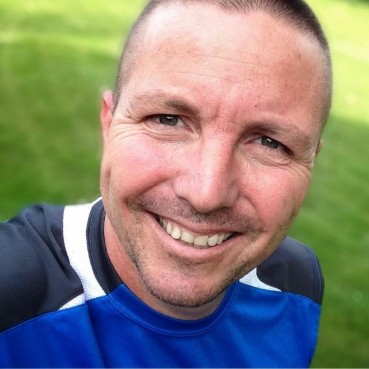 I’m pretty excited today because it marks my six year anniversary without a cigarette and I’m feeling pretty darn healthy about it! Additionally,  I hit my 175 pound goal weight about three weeks ago.

Back in November the plan was to write a blog post once a week documenting my path to losing 52 pounds. Sadly I failed at keeping up with the blog, but more importantly I succeeded in losing the weight!

I’ll try to provide a brief synopsis of how I did it here.

I took most of February through April off from exercising and a little less diligent with the healthy eating. I sprained my ankle pretty bad playing driveway basketball with the kids and used this as an extended excuse for my lack of effort.

May came around I was down about 20 pounds, that’s when I got back into gear with my healthy eating and started adding more and more activity. It was really as simple as eating healthy, cutting out all the crap, and eating smaller meals more often rather than one large meal a day.

June is when I started running, I don’t mean “Got back to running” I mean that’s when I actually started. I also stopped drinking for the month too which obviously had a pretty significant affect on my efforts.

July was more of the same, still not drinking and improving my running times and distances. Right up until the middle of the month when I bought a good looking pair of shoes, for no other reason other then they looked awesome. That’s also when I decided to go for a run that was twice as long as my longest, and another the following day, in my brand new good looking shoes. My right knee had enough and let me know it was time for a break. I slowed up on the running but stayed focused with the healthy eating.

August came and I had reached my goal, I almost couldn’t believe the scale. I ran the Cigna/Elliot 5K with the rest of the Millennium Running crew two weeks ago, beat my goal and PRed. Not a pretty picture 😛

So here I am now at 171.4 this morning. I have more work to do, and thinking that 165 doesn’t sound as silly as it did when I was 232 (early last year), or the 227 I was at when I started the 52 in 52 blog. Some weight training, biking, hiking, we’ll see what comes up, but I’m looking forward to continuing and improving on my new healthy lifestyle.