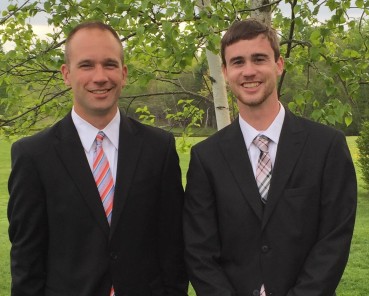 Millennium Running’s owner, John Mortimer announces the addition of Christian Lizier as the Director of Timing and promotion of Mike Peabody to Chief Operations Officer.

“Our races and services are only as good as the team members we have working on events,” stated Mortimer.   “As a company, we need to invest in our greatest assets to allow us to provide the very best products to our clients and the running community.”

In order to provide top notch services, Mike Peabody will be taking on responsibility with Millennium Running’s Signature and Managed Events as the company’s Chief Operations Officer.

“Michael has been with Millennium Running from our first event in 2011 and has been a true asset to the growth of Millennium Running,” remarked Mortimer.   “With our increased staff and his leadership, we have the opportunity to produce and service more events around New England.”

Lizier to be Director of Timing

After spending the last 4 years serving as Timberlane Middle School’s technology teacher and Timberlane H.S. track coach while moonlighting as a head timer for Millennium Running, Lizier will take the lead of a timing team which will time over 100 events annually.

“Since working my first race in 2011, being able to work full time at Millennium has been my goal.” stated Lizier.  “I am so looking forward to be working in the running world and being part of the Millennium family.”

“I’m super excited to welcome Christian on board in a larger, full time capacity. He’s a great asset to us that will allow Millennium to continue to offer the best possible race experience to all our runners,” stated Peabody.   “Christian has done an excellent job as head timer, and will no doubt continue to lead our timing team to great success.”