Bedford, NH – Millennium Running LLC announced today that it has partnered with Tri Ventures LLC, a Maine based triathlon company to operate the White Mountains Triathlon.  The two parties finalized an agreement effective immediately where Tri Ventures will transition the operation and ownership of the White Mountains Triathlon to Millennium, while still remaining as an integral part of the event over the next 4 years. 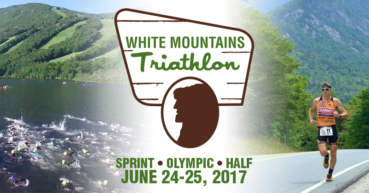 Set for Sunday, June 24-25, 2017, the Olympic, Half Iron, and new Sprint Triathlons will take place at New Hampshire’s most picturesque and most visited tourist attractions, Echo Lake, Franconia State Park, and Cannon Mountain in Franconia, NH.

This announcement comes on the heels of Ironman announcing that it has cancelled the popular Timberman Triathlon located in Gilford, NH.

“Over the past 2 years, Millennium has diversified our event operations and timing services to be leaders in the multi-sport market in New England,” stated owner, John Mortimer.   “We are excited to make the White Mountains Triathlon the premier triathlon in New Hampshire.”

Millennium will be adding a number of key features to the 2017 White Mountains Triathlon including:

Tri Ventures’ principals Jeff Cole and Kevin Bachi founded the White Mountains Triathlon in 2013 with the goal of producing a first class triathlon in one of the regions most beautiful venues.   The local connection to tourism with Cannon Mountain and Franconia Notch State Park as well as charitable partners like the Adaptive Sports Partners of the North Country and Lafayette Recreation are vital to the success of the White Mountains Triathlon.

“Since 2015, we’ve worked alongside the Millennium team and it’s became obvious that an association of our event with John and his team in an even broader capacity would enable the White Mountains Triathlon to serve up an even better experience of racing, fellowship, and fun in one of the east’s most spectacular settings, the White Mountain National Forest and Franconia Notch State Park”, remarked Cole.  “This move is the right one for us and we’re confident that the friends we’ve made since 2013, and those we have yet to meet, will feel the same.”

About Millennium: Founded in 2011 by John Mortimer, Millennium has quickly grown into one of New England’s largest event management companies with over 66,000 participants in its’ signature events, managed events and timed events, annually.  In addition to the 18 signature running events owned by Millennium, it is operating partners with Ethos in the Columbia Threadneedle Boston Triathlon and the Lobsterman Triathlon. Millennium also provides timing services for over 100 clients annually, including 10 triathlons in New England. Since 2011, Millennium has distributed over $450,000 to local organizations and non-profits from event proceeds.   In March of 2016, Millennium expanded into the retail space when it opened a running specialty store located in its’ new headquarters in Bedford, NH.