Running is Cheaper Than Therapy: A 5 What? 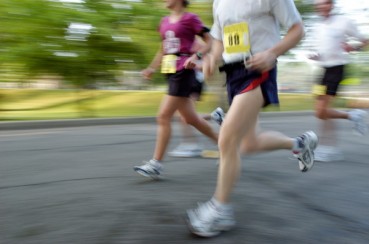 Guilt, it turns out, is a marvelous thing. When it’s not your own. The “paternal unit” left with nothing but the clothes on his back allowing me to keep everything we accumulated during our 10 year marriage. My sweet, wonderful, lifesaving friends came to my rescue minutes after I walked in on the “ugly chic incident”. While I wallowed in a cocktail of Ativan and Chardonnay (again..do not judge), the 3 of them collectively cared for my babies, removed every picture of HIM off the walls, threw all his belongings on the front lawn, and changed my locks. When I woke up the following morning, it was as if he never lived here. But he did.

I am self proclaimed homebody. I have always loved being home surrounded by family and friends. And I was living in my dream home. The one we built together. And even though every trace of him had been removed, the memories were everywhere. From the couch I now sat on alone every night, to the dishes we picked out together that I ate my dinner off of. Being home was a constant reminder of what I had lost.

So I made as much effort as I could to NOT be home. When my kids were with the Paternal Unit, I’d busy myself by walking around the mall or Target. Oh…how i love Target! The problem was that everywhere I went, I was bombarded by happy couples and happy families. I began to build up a huge resentment. An anger like I’ve never felt before. Why me? Why did my world fall apart? Why do all these other men remain faithful to their wives and families? Why did my husband cheat on me? Why? Why? Why?

There seemed to be no escape from my thoughts. Except for when I went running. When I ran, I could escape my house, escape annoying happy people, and escape my thoughts all at the same time. And those endorphins are powerful little suckers! I found myself running every chance I could, and not because I liked it, I hated it, but it was my only escape. 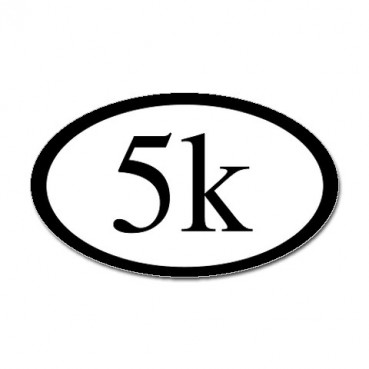 One afternoon, my neighbor saw me coming back from a run and asked me if I was training for a race. A race? I had no idea what he meant. “You know, like a 5k race or something”? What’s a 5k? It sounded so daunting! So official. Sooo long. I told him I could never run that far (having zero idea how far it actually was…) “Sure you can, I see you running all the time”, he assured me. He asked how far I ran everyday and I honestly had no idea. It had never occurred to me to measure how far I was going. I just ran until I stopped feeling sorry for myself. He tried to convince me that races were really fun and that I should consider signing up for a 5k sometime. Yeah, right….

About one week later, I was leaving the gym and I spotted a flyer advertising a race. A 5k! I immediately recalled the conversation from earlier in the week and became intrigued. When I got home, I looked up the information online. Could I actually do this? But I’m not a “real” runner. I took a closer look at the website. These people looked like REAL runners. I’d have to be crazy to think I could run 5k! But…the race wasn’t for another two months, so I had time, right? Reluctantly, I filled out the registration form. I sat there for what seemed like forever staring at my computer, my finger hovering over the send button. And then before I knew it, the screen read “Your registration has been received”. Crap. Go back, Go Back! But I couldn’t. Am I really going to do this? I think have to now.  I’m going to run my first race.