Running is Cheaper Than Therapy: Freaking Out About 40 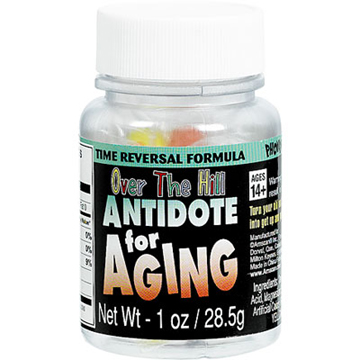 Once again,  I feel I must stray from my story as another crises in the running community has surfaced. It has been lurking for quite a while now, like a big dark cloud hovering from above.  But this crisis can no longer be avoided. It is finally here. There is no ignoring it. There is no place to hide. There is just one week left until… until…Gulp. Until I turn the big 4-0. There. I said it.

I don’t know what it is about birthdays that end in a 0 that make us crazy. Sure, there are some people who can treat a “0 birthday” like any other birthday. Or like any other day for that matter. I’m not one of those people (shocking, I know). I’ve pretty much been freaking out about 40 since I turned 38. You know, because 38 is so close to 39 and when you’re 39, forty just flirts with you for an entire year. And 40 is freakin old! Right?

Perhaps it’s because I work in a high school that turning 40 is particularly rough. Being around young people all day can keep you young and make you feel old all at the same time. For starters, I know what “YOLO” means. I know that k2 is not a brand of skis and when the kids want spice, they are not talking about cinnamon. I can comfortably have a conversation with a teenager and not have to ask what “Meet Me” is or how “Snap Shot” works. I’m cool. I’m hip. ( actually I’m guessing if I was really hip, I wouldn’t use the word hip, but whatever…) Truth is, most days I don’t feel a day over 21.  Being around young people all day keeps me young at heart. But apparently that’s about it.

My struggle is that I’m also hugely aware of how young people view the ripe ole age of 40. It is old. It is washed up. It is “You might as well shrivel up and die already”. Youngens will talk about the gross old guy at the mall who was like 40 and get all get creeped out. They will talk about the cute soccer mom then say something like, “Dude, she’s like 40…ewww!” Now I’m not suggesting teens should be crushing on 40 year olds (because that’s just plain wrong), but are we really dried up old prunes incapable of being noticed? Completely void of any sort of sexual attraction whatsoever?  I actually had a student confess to me a couple months ago that she would rather die than turn 40!  She would rather die than turn 40.  The horror!

To make matters worse, turning 40 also means I am entering into an uber competitive running category. Since I started entering races 3 years ago, I have sat quite comfortably in the 30-39 age group. Occasionally even medaling (very occasionally, but medaling nonetheless) All the while, immensely aware that if I had been in the 40-49 age group, I would not have medaled with the same time. The 40 year old women are damn fast!!  When checking race results, I make it a point to see how the thrity-somethings compare with the forty- somethings and 9 times out of 10; the 40 year olds kick our 30 year old butts all over the pavement. (I shall continue classify myself with the thirty-somethings…at least for 5 more days) 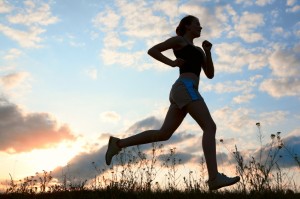 In fact there are two women in particular, Anna and Meg who I admire as runners. Both I try to pace myself with in hopes of getting faster. I train with them on Saturday mornings and they challenge me (aka kick my butt).  At a race, I try to keep them in my sight for as long as I can. I compare my times with theirs after races, and feel a sense of pride if I’m within 2 minutes of them.  I guess you could say they are my “running idols”. Ironically, they are both over 40. And one will be 50 next year!

So I find myself conflicted about turning 40. On one hand, I can still remember my own adolescence (like it was yesterday actually) and thinking that 40 really is as close to death as you get. And hearing it regularly from students doesn’t help my cause. But on the flip side, the 40 year olds I chill with are pretty remarkable and inspiring women.  And come to think of it, I’m not sure I’ve ever felt better in my life than I do right now. I’ve got more energy than I did when I was younger. I’m no longer an insecure 20 something too afraid to take any risks.  And to top it all off, people have told me I’ve never looked better than I do right now. Perhaps, just perhaps youth is over-rated? Hmmm. Let’s see…

Faster runner? To Be Determined J

So maybe 40 isn’t so bad?  I’ve got no choice but to embrace it, right? As my good friend KB says about dreading birthdays “What’s the alternative?” I am lucky to be healthy. I am lucky I feel good. And I’ve actually managed to find happiness again.  My 30s were a crapshoot so perhaps this will be my decade.  So eff you 40! Here I come, with a vengeance! You do not scare me.  And I plan on destroying your reputation of being OLD. I think it’s time you get a make-over.  Get ready to be redefined.

Now if you’ll excuse me, I’m off to the store to get some fiber pills and wrinkle cream….