Running is Cheaper than Therapy: Half Crazy 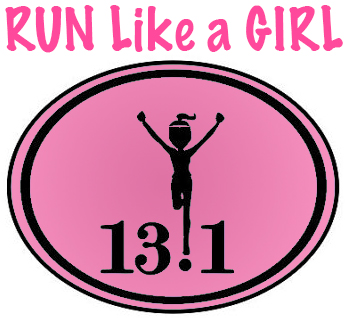 Peer pressure is not just for teenagers.  I know this first hand because at the ripe ole age of 39, I fell victim to it. No, I didn’t inhale my first cigarette or stay out past my curfew (which these days is no later than 11 pm). In an effort to fit in with all the “cool kids”, I did something much more extreme. Something much more frightening. Something I swore I would never do. At age 39, I ran my first half marathon.

Just to remind you, I hate running. Like really really hate it. But it has kept me sane, sort of. But running 13.1 miles is just plain crazy, so why on earth would anybody do it voluntarily?  For the life of me, I could not figure this out.  Though I had just graduated to running my first 10k, I was fairly certain that was as far as I could run at one time. And I was sure that was all I wanted to run.

Then T, my BFF, who had just recently started running, announced she would be running a half marathon. Huh?  How could she run a half marathon? I had been running for about 3 years and she just started less than a year ago. But she was determined to do it. And sure enough she trained faithfully and she completed it! I was so very proud of her.  And maybe just a teensy bit jealous.  Jealous because I could never do it.

Then Suzie, my other BF announced she too would be running a half marathon as a charity fundraiser for her niece.  She too had been running less than a year.  Suzie had also recently found out she had a heart condition that would require surgery. But that did not stop her from completing her first half marathon! Once again I found myself ridiculously proud of a dear friend. And also a teensy weensy bit jealous. Because I could never do it.

All along, there was this little voice in my head that would occasionally pipe up and whisper “psst…Josie, why can’t you do a half marathon?? Psst: Josie, you could do it if you really wanted to”. Then I would silence that annoying little voice by reminding it that I did not want to run 13.1 miles. End of story.

But then why did I feel so jealous?

Anyway, I continued to enter and run 5k races and was putting up some pretty decent times. I was content with how much I’d improved since I started running 3 years ago.  I’d be lying however if I didn’t admit that there was a part of me that knew I wasn’t challenging myself anymore. But I would silence those thoughts too and justify them by reminding myself I had just recently run a 10k race.  That should be good enough.

So the real peer pressure kicked in as I became much more involved in my running club. Many of my new found friends had run half marathons and many more were training for their first. Some of them were really good runners so I wasn’t surprised by their ability to complete 13.1 lousy miles. But others were just average everyday runners.  Not what I would call “half marathon material” at all. (aka- “real runners”) But then again, neither were T or Suzie, and they managed to do it.

Now and again at running club, that nasty little voice in my head would taunt me again “If that person can do it, so can you” I couldn’t get it shut up no matter how hard I tried. It did have a point though. I knew I was as good a runner as a lot of my running friends who had already tackled the half. I knew I had been running longer than some of them too.  I was running out of excuses to tell that irritating little voice.

The peer pressure would also come in the form of encouragement.  Time after time my running friends would assure me that I could do a half.  They would convince me of my capability and inspire me to try. They would share their own training stories which oddly enough usually contained their own self-doubt.  “You can definitely do it” I was told over and over. Seriously? Were my friends allying with that persistent little voice?? Why were they all ganging up on me? I did not want to run a half! Or did I?

One day I was out for my usual 4 mile run when a song I had recently downloaded came on my IPod. I love to focus on lyrics when I run so I don’t have to focus on running.  You know, because I hate it.

I almost stopped short in my tracks. That was it. That was what I needed to hear. I was feeling better than I ever thought. Look what I had accomplished in 3 years. Look what I had overcome.  Look how I had completely turned my life around and somehow found happiness again.  Impossible Don’t Exist.

I was going to run a half marathon.

So I broke the news to D that he and I would be running a half marathon together.  You didn’t think I was going to do this alone, did you? Considering he is the only person I know that hates running more than me, he handled this news quite well and got right on board.

Truth be told, everything people had told me was true (Yes, even that infuriating little voice in my head). It really wasn’t that bad. And yes. I could do it. D and I trained for our first half marathon faithfully, adding one mile per week for about 8 weeks. It was hard and it hurt. Each week I would think to myself, I can’t possibly add another mile. But each week we did. And we survived. Impossible don’t exist.

The morning of the big day, I felt prepared. Despite the early hour, the nerves, and cold rain, I was ready.  The feeling I got when D and I crossed the finish line of our first half marathon together, hand in hand, is an indescribable mixture of pride, accomplishment, and triumph (oh, and exhaustion). I couldn’t believe we had actually run 13.1 miles. In a row!  Take that annoying little voice… 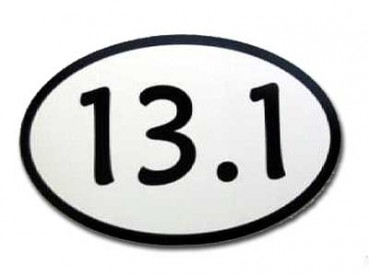 Within hours of completing it, I had slapped the coveted 13.1 magnet on the back of my car. I drove around with such pride, as if anybody else outside the running community even knows what it means.  It didn’t matter. I felt like a superstar. Like there was nothing I could not do.

D and I had decided while training that when and if we completed our first half, we would get tattoos to commensurate the torture, umm, I mean experience. It was a no brainer what mine would say.   Two months after we completed our second half marathon “13.1 Impossible don’t exist” was permanently inked on my body.  Regardless of how anybody might feel about tattoos, I can reasonably argue that I shall never regret the sentiment. Three years prior, I was curled up on the couch, flirting with a bottle of sleeping pills, writing a suicide note to my two beautiful children.  Now here I was, having completed two half marathons and felt better than I ever had.   Every single day my tattoo reminds me of how far I have come and how much I am capable of.  It reminds me daily to never ever give up. It reminds me of my strength and determination.

Unfortunately though, this permanent ink on my body also makes it hard to argue with that infuriating little voice in my head that keeps repeating 26.2 26.2 26.2….