Running is Cheaper Than Therapy: So Where Was I?

So where was I? Heck, if I can’t remember, I’m darn sure you can’t either. So let’s recap what has happened thus far…. or for those of you just tuning into this fine literally publication, I shall summarize: 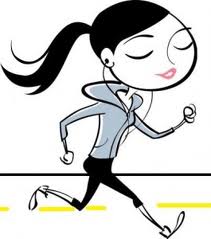 Was living the fairy tale.  Caught husband in bed with an ugly chic.  Came dangerously close to killing self.  Went for a run in an effort to prevent killing self. Felt better. Ran every time felt like killing self.  Felt better each time. Ran A LOT!  Entered first 5k. Loved it. Entered every race I could find. Got addicted.  Hired Swedish au-pair to help take care of kids.  Became my first real running friend.  Later, met D on an online dating site. Sweet boy. Self-proclaimed running hater. Decided he would try running anyway, for me.  Beginning of my new fairy tale…

Okay. All caught up now?

How hard can it be to run 3 miles? That was D’s answer when I asked him if he was going to train before his first 5k. Really? I thought. It’s harder than it looks if you’ve never run before. I can still recall that burning pain in my lungs the very first time I ever went for a run. The only reason I kept going is because the pain in my lungs felt better than the pain in my heart.  If my heart hadn’t hurt so badly, I’m pretty sure I’d have stopped. Just sayin’.  But whatever D… do it your way. The first race we signed up for together was a “bikini run”.  Don’t judge.  I was just so happy D was willing to run a race with me that I wanted to make sure I picked a good one. So wouldn’t it be my luck that only about 10 other runners showed up in their bathing suits.  How embarrassing. So there we stood at the start line in our bathing suits and D didn’t seem at all nervous. I didn’t get it. As you may recall, before my first race I was so nervous I thought I might vomit, and I had been training for months! Why was he so calm about this? He hadn’t run since high school. How could he be so confident? 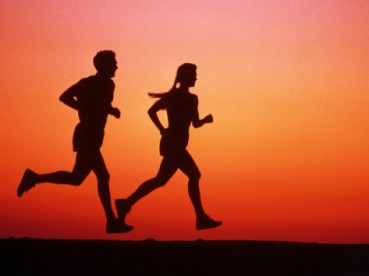 I will never forget that race. It was the first time I ever beat D in a 5k. It was also the last. Turns out the jerk didn’t need to train that much after all.  Though he needed to walk once or twice, he finished the race in less than 30 minutes and he was only 3:59 behind me.  WTH?  That wasn’t supposed to happen! That’s not to say I wasn’t happy for him, because I was. No really… I was! I just wanted it to be harder. I wanted him to respect the sport. I wanted it to hurt. I wanted him to have an appreciation for how HARD running is.

Luckily he did. After the race he shared how hard it was for him. How his lungs were burning. How he wished he had trained a little. Yes!! I thought (C’mon, you were thinking the same thing right?)  Fortunately, he also got what I like to call “The Race bug”. He wanted to sign up for more 5k’s to see if he could improve his time. He liked the energy and the crowd.  I still think he just wanted to see if he could beat me. After that, running together became a staple in our relationship. On weekends, we would run together in the morning to start the day. We would run to the baseball field if my son had a T-ball game. We would run for “date night” and then order-take out afterwards. If we did an overnight somewhere, we would find a new route to explore. It was great. We sort of resembled one of those couples in the pages of running magazines that you really want to hate.

Yep. That was us. 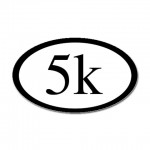 I quickly learned that having a significant other to run with was as close to bliss as you can get. When you are passionate about each other and passionate about a hobby, it is simply perfect. Well…almost perfect. Soon after D began running, he got better at it. Like much better. Like much better than me.  I hadn’t planned for that to happen. I was the runner in the relationship. It was my sport. He was just supposed to be participating to please me.  He wasn’t supposed to like it. And he definitely wasn’t supposed to be better at it than me. But he was. The next few races we entered, we ran together and finished together…usually holding hands or something cheesy like that. But I knew from the runs he did on his own (yes…he actually started running without me!) that he was much faster than I was. His average pace surpassed mine by a landslide.  It became clear to me that I was totally holding him back.  Dammit, I did not see this coming!

Before our next race together, I encouraged him to run his best and we would just meet each other at the finish line. This, I must confess was NOT an easy decision for me.  I knew it meant losing to him and admitting to myself that he had become a better runner than me. But I tried to remind myself that the thing I liked most about running is that I am in competition with myself. To do my personal best. D and I were not in competition with each other, right? Right? Right. There was no competition. When left to his own devices, D could really run. Fast. And though I was a teensy weensy jealous (there…I said it) I was mostly just proud and excited for his success when he finished before me.  Really…. I was! But I had run well too. Better than I had expected actually. I think the desire to keep up with him fueled me to run my best. The competitive side of me kicked into high gear and I’m pretty sure I PR’d that day. It has taken me some time to get used to the fact that I cannot keep up with him. Running started out as my sport and he wasn’t supposed to be better at it than me. What’s worse is that I think he’s the only runner I know that actually hates running more than me!  But I also know D only runs to be with me and that warms my heart. Running bonds us together in a way that is indescribable. I can’t imagine being with somebody who doesn’t run. When I start to feel insecure about my own abilities or just a teensy weensy jealous of his, I try to keep in mind that D makes me a better runner. Even though I know I can no longer beat him in a race (not yet anyway!), he challenges me to go faster than I would alone. And for that, and so many other things, I am incredibly grateful.