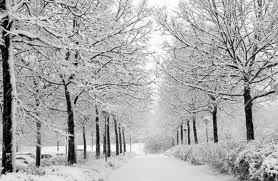 So it turns out all that “Runners Guilt” crap I ranted about in my previous blog is a great big lie. Apparently I am a fair weather runner. Apparently if the temperature falls below 29 degrees, I can skip my run without any guilt whatsoever. Turns out winter may the one thing I hate more than running.  I guess you could say am a complete and total Coldaphobe.

I have always disliked the cold more than most people. In college I tried to embrace it by taking up various winter sports, but really it was more of an effort to fit in and be a part of the crowd.  By midafternoon it was usually just me, myself, and I curled up on a random couch somewhere trying desperately to gain back the feeling I had lost in my fingers and toes, while everyone else happily participated for hours on end. I’d sit by a fire and dream of sweet summer, counting the days until I could feel its glorious warmth on my skin again. If only it could be summer 365 days a year I’d be in my glory. In fact, if I never saw another snowflake for the rest of my life it would be too soon. And don’t even get me started on this new term “Polar Vortex”. WTH?

Add to that the idea of running in the cold and you have the recipe for my own personal misery. The numb fingers, the snotty, runny nose and slippery snow covered roads and sidewalks just begging for me to take a digger. You gotta get your run in early too because it’s dark at 4:30.  Add to that the amount of layering and special gear it takes just to get out the door. No thanks, I’m all set. I’ll hit the gym instead. 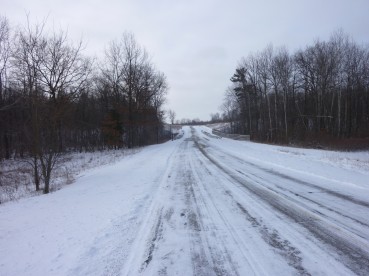 The Gym. Perhaps the most boring workout on the planet.  I swear that a treadmill minute is equivalent to one whole hour. I busy myself with TV, music, my phone, magazines and people watching, but that darn clock just moves so damn slow. How is it that 3 miles on the treadmill can feel longer than a half marathon?  Again I find myself daydreaming of sweet summer, with its green grass, lush trees, and blue skies. That time of year when vitamin D comes from the sky and not a bottle. I long to hear the words “hazy, hot and humid”. We are experiencing a heat wave. It would be music to my frozen ears.

But such is life because I live in New England.  At least for the next 11 years anyway. So what’s a miserable, winter hating girl to do to get through another long, cold winter?  How about grab a friend or two and plan a “Destination Race” anywhere but here. Well, that’s just what I planned to do.

It was at this exact time last year when I was in my winter hating, non-running funk and the idea of running somewhere warm again was all I could think about. I started looking at races where the sun shines all year round (aaahhhh!). I found several that sounded fun and threw the idea out to my running club. To my surprise, I had 20 people willing to commit over a year in advance! I guess I’m not the only winter hater.

With so many awesome locations in the USA, how were we to do decide? It had to affordable. It had to be warm. And it had to have free beer. Together we found the perfect race on the Gulf coast of Florida. The only drawback? We had to wait an entire year …which is almost as long as one minute on the treadmill.

Turns out a destination race was exactly what the doctor ordered for a coldaphobe like me!  The 20 of us just returned home from our race and it was perhaps one of the best long weekends I have ever had.  My “other” friends, my non-running friends, could not understand the appeal of going on vacation to run. It’s a foreign concept to anyone who is not a runner. But for me, it was exactly what I needed to cure my winter blues. 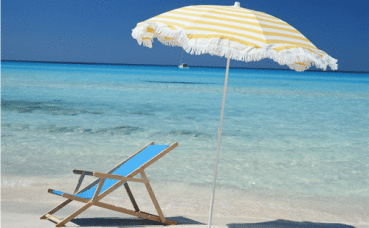 Stepping off the plane in a warm climate after 3 months of cold is like entering the gates of heaven. You can hear the sighs of relief as people realize the air outside isn’t going to bite their faces off. I imagine we resembled a pack of turtles with our necks cranked high, upwards towards the sun. Our long lost friend, the sun.  Each of us trying desperately to soak up every ounce of its glorious rays with our faces. Letting the serotonin flow like water through our icy veins.  It was at that moment I wondered if anybody really likes winter? Serenity washed over us like a warm cozy blanket.

We spent the first 2 days soaking up the sunshine, going for short runs, exploring this new city. We hung out, we ate, we drank (maybe a little too much, but it WAS a vacation after all).  It was easy to forget we actually had a half marathon to run.  It would be an understatement to say most of us were NOT in the mood to run 13.1 miles anymore, but it was why we went and we were committed to doing it.

Turns out, running a race in a city you’ve never been to is spectacular! New roads, new scenery, new competition, new spectators, new everything! It was awesome to be a part of a running community that was not our own, but had all the same passion, energy, and enthusiasm as back home.  Fellow runners were so welcoming and supportive of our group and thanked us for coming from so far away. The locals went out of their way to talk to us, find out about our home and share interesting facts about their own city.  There was a positive energy that only comes from running events. And apparently it crosses state borders. It was one of the best weekends I’ve ever had.

I don’t know if it was the company, the endorphins, the sunshine or a combo of all three, but since returning home, I’ve been filled with such bliss.  Like my soul has come alive again. Like I’m even a little bit high.  Though we came home to yet another “arctic blast” I feel like I’m ready to tackle winter again. My battery has been recharged.  I’ve got a little pocket full of sunshine that I bring with me everywhere I go. This destination race was chicken soup for my frozen soul.

So if you are a self-proclaimed winter hater like me (or even if your one of these weirdos who actually like the cold), consider picking a new destination and running a race.  I’ve always been amazed by the love and support our own running community gives to one another, but to see and feel that same energy amongst runners in a community 3000 miles away was truly humbling. It made me feel a part of something much greater.  Like we are all just one big, huge  family living in different zip codes sharing the same love. Every time I think of those four fabulous days I get all warm and fuzzy on the inside…which is pretty good because the rest of me is freaking freezing…